The U.S. Fish and Wildlife Service is the principal Federal agency responsible for conserving, protecting, and enhancing fish, wildlife, plants, and their habitats for the continuing benefit of the American people. The Service manages the 95-million-acre National Wildlife Refuge System, encompassing 545 national wildlife refuges, thousands of small wetlands, and other special management areas.

Also, the U.S. Fish and Wildlife Service has a mission of working with others to conserve, protect, and enhance fish, wildlife, plants, and their habitats for the continuing benefit of the American people. It is achieved by managing the use of wildlife, fisheries, and natural resources, maintaining healthy wildlife populations, conserving and restoring wildlife habitats, and fostering cooperative partnerships that are integral to the organization’s conservation mission.

The most common is in biological science, which offers exciting, diverse opportunities from working with endangered species to researching the Great Lakes national Marine Sanctuary.

Serving on behalf of the American public, many skilled teams of wildlife biologists and law enforcement officers work with partners to restore and protect all species of fish, wildlife, and plants. They work to conserve and enhance their habitats, manage endangered species, and uphold the laws that provide for lasting conservation and enjoyment of natural resources.

Also, reporting to an area supervisor or district supervisor in each region, employees share their expertise with local staff to improve support for on-the-ground fish, wildlife, and plant conservation projects such as habitat restoration, invasive species control, fisheries management, land protection, and species monitoring. Each day is an opportunity to contribute to improved understanding and appreciation of nature.

The U.S. Fish and Wildlife Service, part of the Department of the Interior, is tasked with protecting and conserving native fish, wildlife, and plants threatened or endangered. The agency employs a wide range of biologists who work in almost every state in the nation.

The United States fish and wildlife service regulations identify the classifications and standard requirements for commercial services on certain wildlife and plants. The Service issues regulations with implementing the Convention relating to international trade in endangered species of wild fauna and flora–CITES-in a variety of forms.

Also, it includes separate documents and in the Code of Federal Regulations (CFR). The Service assists domestic and foreign Governments in formulating and enforcing CITES regulations.

Another such regulation is The Migratory Bird Treaty Act (MBTA), signed into law on July 3, 1918, which provides protection to more than 800 migratory bird species. It addresses the take of birds when they are alive as well as their feathers, eggs, and nests.

You may have heard of Endangered Species Act (ESA), the Bald and Golden Eagle Protection Act, or the Lacey Act. They are all protected by federal law and the United States Fish and Wildlife Service.

A regulation also states that “Do not harass, harm or pursue wildlife with aircraft or vehicles. Do not harass, harm, pursue or shoot animals from a vehicle or aircraft.” You could be fined up to $5,000 and/or sentenced to up to a year in prison for harming animals.

U.S. Fish and Wildlife Service’s Office of Law Enforcement has a mission to work with its partners to conserve, protect, and enhance fish, wildlife, plants, and their habitats. It carries out this mission by investigating violations of fish and wildlife laws and regulations.

Since 1907, U.S. Fish and Wildlife Service’s Federal Officers have enforced a wide array of laws relating to fish, wildlife, plants, and their habitats throughout the nation. Their focus covers everything from national security to providing economically important natural resources. Today, they are in the middle of a mission that helps protect the country and its wildlife from wildlife crime and trade.

Furthermore, the U.S. Fish and wildlife law enforcement officers enforce federal laws that protect plant and animal resources and their habitats. They help ensure clean water, fish, and game for future generations to enjoy and hunt.

FWS Special Agents are Fish and Wildlife Officers, primarily in the field of wildlife law enforcement. Their enforcement efforts are aimed at protecting and conserving wildlife resources and the environment, as well as enforcing criminal provisions of the Lacey Act and other statutes (such as those prohibiting trade in endangered species) to prevent illegal importation and the introduction of harmful invasive species, to combat the illegal use and trafficking of drugs on public lands.

Department of fish and game

The DEPARTMENT OF FISH AND GAME (DFG) was created by the state legislature in 1971 at a time when there were growing concerns that management of fish and wildlife resources was inadequate and uncoordinated. The DFG is a fully integrated department with over 200 professional staff involved in all aspects of fish and wildlife management, research, and wildlife conservation legislation.

In addition, it is cleaning up dumpsites used by wild animals, educating the public in matters relating to wildlife conservation, maintaining state fish hatcheries to produce food fish for human consumption or stocking programs on public lands for recreation purposes, and enforcing a variety of laws that protect wildlife populations. The department is governed by a commission appointed by the governor.

What does the U.S. Fish and Wildlife Service do?

The U.S. Fish and Wildlife Service works with state, tribal, and local agencies and programs to ensure the conservation of fish, wildlife, plants, and their habitats for the continuing benefit of the American people. They work towards their mission through scientific research, management of lands and resources, education, the enforcement of laws that protect wildlife and wildlife habitats, and international cooperation.

Dedicated to restoring America’s fish and wildlife resources and conserving the habitats upon which they depend, they accomplish this mission by focusing efforts on preventing extinctions, reintroducing endangered species, and conserving and restoring habitat in some of America’s most important ecosystems, including coral reefs, forests, wetlands, estuaries, and tundra.

What are the US Fish and Wildlife Service in charge of?

US Fish and Wildlife Service is in charge of all wildlife in the United States. This includes animals like bears, birds, fish, reptiles, and anything else that isn’t a mammal. This body is a federal organization and a part of the Department of Interior that focuses on protecting and managing fish, wildlife, plants, and habitats.

The service seeks to conserve native wildlife populations and protect endangered species while ensuring the sustainable use of species in cooperation with other public agencies and other private entities.

With a mission to conserve, protect, and enhance fish, wildlife, plants, and their habitats for the continuing benefit of the American people, the USFWS manages nearly 550 million acres of land – that’s more than any other Interior department. It includes more than 110 million acres managed as wilderness under a mandate to preserve them “in a primitive or unconfined condition.”

Interestingly, their mission also offers a unique combination of responsibilities such as working with state governments and many other partners to help conserve and recover threatened and endangered species, managing migratory birds, and restoring highly imperiled ecosystems such as wetlands.

Also, working seamlessly with other Federal agencies, tribal authorities, and international conservation organizations to restore populations of harvested species like deer and wild turkey; monitoring the health of fish stocks on which millions of Americans rely for their food supply.

In addition, they provide technical assistance to our state conservation partners through training seminars, workshops, and cooperative management programs, helping America’s communities protect endangered species through grants awarded to state fish & wildlife agencies. These activities are as diverse as the people who carry them out.

Who controls fish and wildlife?

The U.S. Department of Interior controls fish and wildlife in the United States, then managed by the State’s agencies and programs whose main job is to protect this renewable resource; native American tribes and federal agencies.

Is the US Fish and Wildlife Service part of the USDA?

The US Fish and Wildlife Service is not part of the United States Department of Agriculture. Since it was created in 1940, its mission has been to protect and manage fish, wildlife, plants, and their habitats for the American people.

To clear up any confusion, the US Fish and Wildlife Service is an agency within the Department of the Interior and not part of the United States Department of Agriculture, as many may assume. In fact, it has nothing to do with agriculture at all! The FWS has a number of responsibilities related to protecting wildlife and wildlife habitat and making sure that wildlife refuges are safe for visitors.

After seeing some of the amazing wildlife species that exist in some of the world’s most remote areas, there are so many questions on people’s minds about who or what is responsible for maintaining these species in their habitats? How do we determine which species would make great additions to our current ecosystem?

The U.S. Fish and Wildlife Service is a federal agency within the United States Department of the Interior dedicated to managing and protecting fish, wildlife, plants, and their habitats. The agency implements conservation, restoration, and recovery actions nationwide.

If you love the outdoors, are concerned about endangered species, or just want to know more about the planet’s amazing flora, and fauna, the U.S. Fish and Wildlife Service is a great place to start learning.

The USFWS stands as one of the more forward-thinking agencies that we worked with, and we couldn’t be more excited about their work to protect endangered species like the Grizzly Bear and the greater sage grouse. Moreover, they take a whole-ecosystem approach to conservation planning, using scientific research to ensure their efforts have a lasting positive environmental impact. It’s easy to see why this agency is so great. 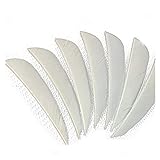 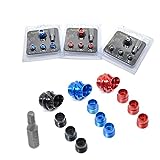 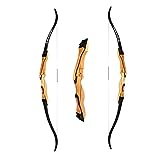