Hunting indeed requires skills and experience, but with deer hunting, one of the things that influence your performance is the use of decoy. Deer decoys work perfectly, and the outcome is mind-blowing when you use them in the right way.

The Primos Scarface Decoy works perfectly because of its realistic look, which can get you great performance with hunting deer. There are two primary types of deer decoys, and they are the two-dimensional and three-dimensional decoys.

With lots of models you can choose from, you need to opt for one that has a greater realistic look, lightweight, and easy to handle. There you have the 2D, 3D, and realistic style of deer decoy in the market, and the choice is yours to make.

Table of Contents hide
1 How do you hunt with a deer decoy?
2 Can I use deer decoy anywhere?
3 Where is the best place to hunt deer?
4 What are the best deer decoys to consider?
5 Common mistakes hunters make when using deer decoy and why you should not make the same mistake
5.1 Not using the decoy
5.2 Decoy visibility
5.3 Using decoy without matching call
5.4 Using a decoy without scent control
6 Conclusion

The truth about the use of deer decoy is that there are two ways to the outcome you are likely to experience. Some claimed deer decoy doesn’t work, but how then can you say a thing that was designed to attract is now the reason deer run away.

It shows that a wrong application or use of the deer decoy can bring about a bad experience, and that answers that question which says do decoys scare deer?

How do you hunt with a deer decoy?

We got the perfect way to answer this question through the life experience of a hunter.

Please take note that the hunting event we are about to share is said to be true, according to the hunter.

So enjoy the interview.

Me: Where did you go hunting? Was it that you had a specific hunting land for deer?

Hunter: It was on a friend’s farm in Iowa. He was away but was informed I would be on his field to hunt.

Me: What hunting gears do you have with you?

Me: When did you go hunting?

Hunter: It was during the November rut day

Me: So, tell us the hunting experience on what you called your biggest hunt so far

Hunter: 100 yards away in the field was a huge Buck that was looking in my direction. Oh! I thought I had missed out on what could have been my biggest hunt so far.

Surprisingly the Buck stared at me, put his head down, and started coming towards me.

Me: So what did you do next?

Hunter: The moment I noticed he dropped his head, I instinctively dropped to my knees to get behind the decoy. Immediately I scramble to get my release off my back.

While doing that, I tried to check to see if the Buck had fled, but to my surprise, it was moving closer to me.

By then, it was 50 yards and still moving closer. So, I reached out to my bow while still being behind the decoy. While trying to draw the bow, the decoy fell, and I reach out to it.

By this time, I was expecting the Buck to run away, but it was prepared to run me over, so I took the bow and shot at it. I saw it running in my direction, but when I looked, I saw the buck on the ground 40 yards away from where I was.

Me: what’s your advice to young hunters with the use of deer decoy as some claimed deer decoys don’t work?

Hunter: The first thing you need to understand is that the decoy you use is very important. The more realistic it is, the greater your chances of killing a buck.

Well, having the right decoy is not all you need. You also need to pick the right hunting place. When you are choosing a hunting site, there are few things you need to consider.

You need to consider a site with Hugh deer traffic, your hunting position, and the direction of the wind.

The areas where deer always seem to cross are the perfect place for decoying. Once you’ve found the place with deer traffic, you need to locate where you Will has your stand and ensure it is a place that the deer can’t easily see you.

Among all the things that you need to consider, the direction of the wind is very important to your hunting success.

Your stand must be in a position where the wind will blow will be blowing from the main travel area towards your standpoint.

Also, apart from under a deer decoy, you can also make use of deer attractant because deer trust their noses so much as they have a great sense of smell.

Furthermore, you should ensure you face the decoy towards your stand because deer prefer to look into each other eyes, and that will give you a wide range platform to easily shoot at your target with a higher chance of killing than missing your target.

Can I use deer decoy anywhere?

Deer decoy is good for you to use but can let you end up in a mess you could easily avoid. Not all states allow the use of decoy, and if you will be traveling to different states to hunt, it is important that you check the rule and regulation or perhaps get the decoy permit before using it to hunt.

Where is the best place to hunt deer?

Whenever you are hungry, the first place that comes to your mind to get food in the kitchen. The same applies to deer hunting. You should take your time to study where you do have deer traffic, and that is the perfect place to hunt. Using your deer decoy there will increase your chance of killing a deer.

What are the best deer decoys to consider?

There are different deer decoys out there in the market, and they vary in quality, design, and prices. However, here are some you can consider.

Top pick for deer decoys you should consider

Not using the decoy

The primary reason for getting a decoy is to use it for hunting. But surprisingly, most hunters fail to use the decoy. Some even use it once and stop using it because they couldn’t get the result in the first usage. The proper or right application of a deer decoy will bring nothing but the best performance. So, if you’ve got a deer decoy, you should learn to use it.

No one lights a candle and puts it under the bed. If your deer decoy is not positioned in a place where your target can easily see them, then you are likely to end the hunt without anything. You should position the deer decoy where it can be easy for your deer target to see without hassles.

When using a deer decoy, all you try to do is to fake the experience of a real deer, and you have to be perfect with it. One of the ways for you to make it look real is through the use of a call. If you have a deer decoy and you are using a bleating estrus doe call during the early season, you are likely to see bucks avoiding such an area.

That means your call type has to be in line with the type of decoy you are using; else, you will set off an alarm and cause your target to flee.

Using a decoy without scent control

You should also consider using a scent control spray or machine with your decoy. It will boost your chance of getting real deer closer to the decoy for you to have a close-range shot.

Without a doubt, deer decoys work perfectly than you can ever imagine. We have on this page a small podcast from one of the well-known deer hunters as he shared his experience with use using a deer decoy. It shows that deer decoy works only if you use it in the right way.

Check our previous post on using gaiters for hunting 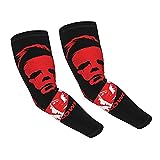